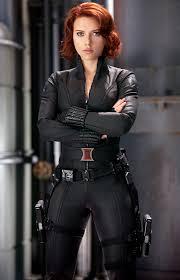 Black widow otherwise known as Natalia Alianovna Romanova. Black Widow was born in Stalingrad Russia. Black widow was trained to be a spy, master martial artist, and sniper. She is outfitted with an arsenal of high-tech weaponry, including a pair of wrist-mounted energy weapons called Widow's Bite. Black Widow was introduced as a russian spy and the antagonist of the hero Ironman. Black Widow would later defect to the United States and become an agent of S.H.I.E.L.D then later a member of the Avengers team. Black Widow defected to the united states to be with her love hawkeye. Being raised from very early childhood by the U.S.S.R.'s Black Widow Ops program where she was brainwashed and trained in combat and espionage at the covert Red Room facility. There she is biotechnologically and psycho-technologically improved which provides her with an unusually long and youthful lifespan. 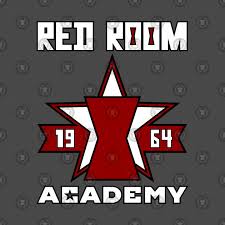 Black Widows first mission she was assigned to assist Boris Turgenov in the assassination of Anton Vanko for defecting from the Soviet Union. Black Widow and Boris infiltrated Stark Industries and successfully assassinated Anton Vanko. Black Widow would later meet the criminal archer Hawkeye and he would help Black Widow take down Iron man. The pair almost succeeded in Bringing down Iron Man but when Black Widow was injured, Hawkeye retreated to get her to safety. During this time, Black Widow was currently attempting to defect from the Soviet Union and at the same time falling in love with Hawkeye. When her employers learned the truth, the KGB had hunted and gunned her down, sending her to a hospital. This pushed Hawkeye to go and seek membership in the Avengers. The Red Room kidnapped and brainwashed Black widow again, and with the Swordsman and the first Power Man, she battled against the Avengers. Black Widow was able broke free from her psychological conditioning and successfully defected from the Soviet Union.

When Loki declares war on earth the avengers are reassembled and Black widow is brought back to help fight. Black widow didn't start helping the avengers until the battle of New York. After the defeat of Loki she went back to S.H.I.E.L.D to continue her work. Black widow eventually re-joined the Avengers, working to bring down various HYDRA cells across the world and assisting in the capture of their leader, Baron Wolfgang von Strucker.

The artificial intelligence Ultron created by Stark and Banner went rouge this forced Black Widow and the rest of their team to join together to help defeat him. Black Widow was captured by Ultron and then later getting her location to the rest of her team leading to the final battle against Ultron. As many of the governments of the world had demanded the Avengers to sign the Sokovia Accords in the wake of their recent battles, Black Widow agreed to their terms and signed the Accords. Due to his disagreements with the Accords and his criminal activities with the Winter Soldier who Captain America was attempting to protect. This started battle between Captain America and Iron Man. As the two Avengers' factions fought against each other, Black Widow betrayed Iron Man's team in order to assist Captain America to find the person who started the team's fight. As a result, Black Widow had to escape from the government for aiding her old friend, Black Widow soon joined the fugitive Captain America and Wilson in stopping terrorists. 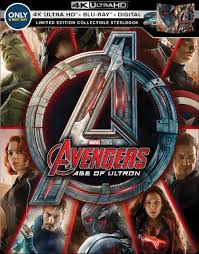 When the threat of Thanos approached Earth, Black Widow, Captain America, and Wilson protected Vision who held on to the Mind Stone, which Thanos was after. They later had defended Wakanda from the attack and were able to kill all of Thanos' forces but unfortunately Thanos was able to over power Black Widow and her team without any effort when he personally came to Wakanda and destroyed half of all life in the universe with the assembled Infinity Gauntlet. Black Widow was one of the survivors of the Thanos attack. 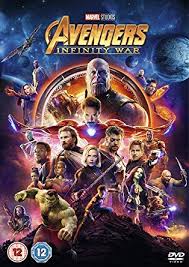 After meeting Captain Marvel, Black Widow was now part of the team to collect the infinity stones to undo Thanos’ snap. Black Widow was sent to retrieve one out of six stones. She had to retrieve the Soul Stone. The Soul Stone on the planet Vormir with Hawkeye. Having been told by Red Skull a sacrifice is needed to get the stone back, she and Hawkeye fought over to be the one sacrificed, ultimately resulting in the both dangling off a cliff with Black Widow on the lower end, holding onto Hawkeye's hand. Black Widow then shakes herself loose of hawkeyes grip leading to her death in exchange for the Soul Stone. Doing this brings a end to Black Widows life as a hero. 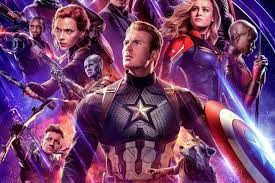