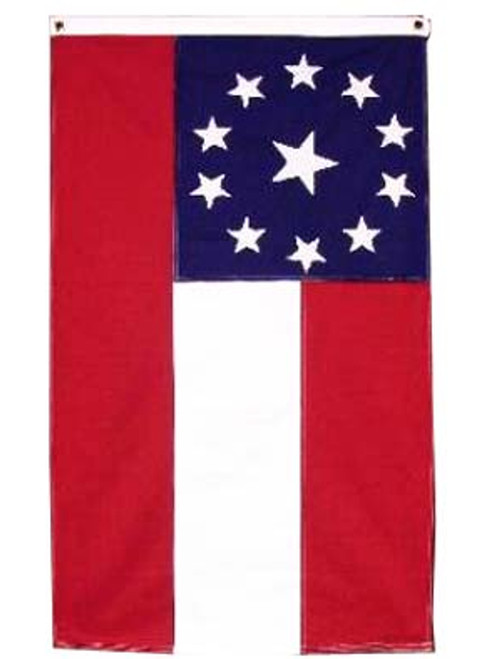 The original flag of the Confederate States of America commonly known as the "STARS AND BARS" was hoisted on the afternoon of the 4th day of March, 1861. There were 7 stars from 4 March 1861 until 7 May 1861, Virginia became the 8th, Tennessee became the 11th State on 2 July 1861, and the number remained 11 through the summer until Missouri and Kentucky were admitted on November 28 and 10 December 1861 respectively.
Your choice of standard sizes!