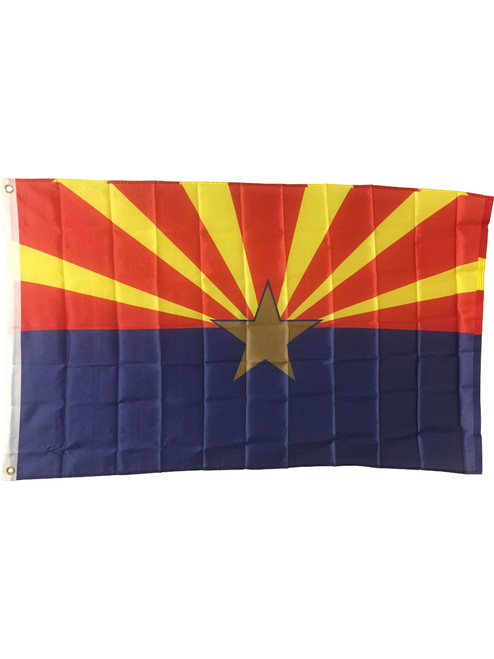 The flag of Arizona consists of 13 rays of red and gold (the conquistador colors and of the flag of Spain) on the top half, representing the original 13 colonies, as well as portraying Arizona's legendary sunsets. There is a copper colored star in the center signifying Arizona's copper-mining industry. The rest of the flag is colored blue. The state flag of Arizona was adopted on February 17, 1917, five years after gaining statehood.
!