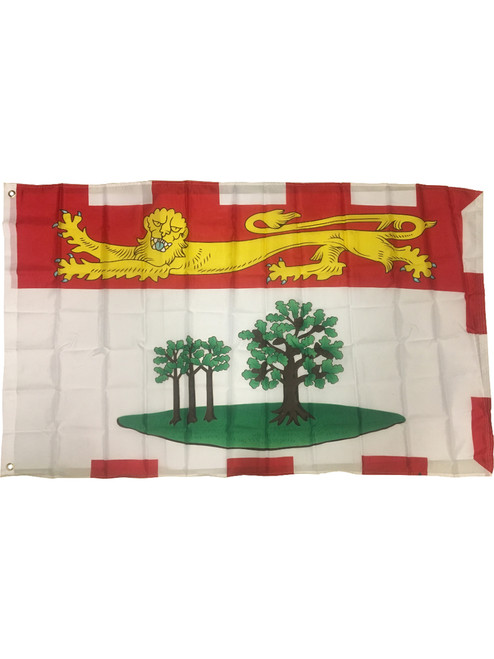 The flag of Prince Edward Island, is modelled after the provincial arms. The upper third of the flag features the English heraldic lion which appeared both on the coat of arms of Prince Edward, Duke of Kent, for whom the province is named, and King Edward VII. The lower two-thirds show an island with three small oak saplings (on the left) representing the three counties of PEI (Prince, Queens, and Kings). The three sides away from the mast are bordered by alternating bands of red and white.