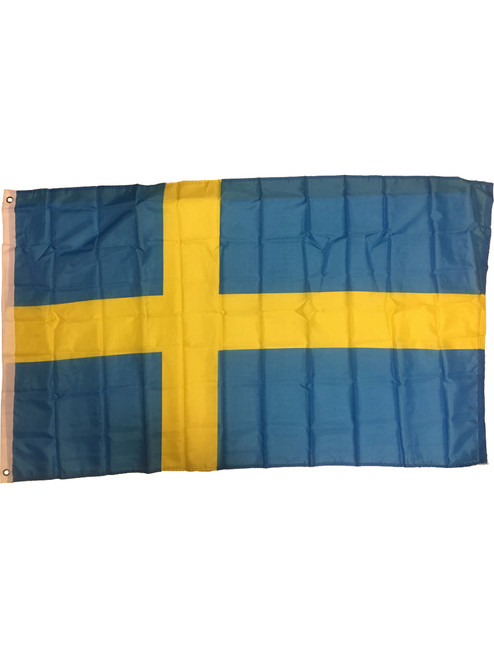 According to legend the Swedish 12th century king Eric the Holy saw a yellow cross in the sky as he landed in Finland during a crusade in 1157. Seeing this as a sign from God he supposedly adopted the yellow cross against a blue background as his banner. This legend is however contradicted by the fact that there are no depictions or descriptions of the blue and yellow banner until the mid 16th century. The flag may also have been a resistance flag against the Danish flag the Dannebrog. Measures 3'x5'.