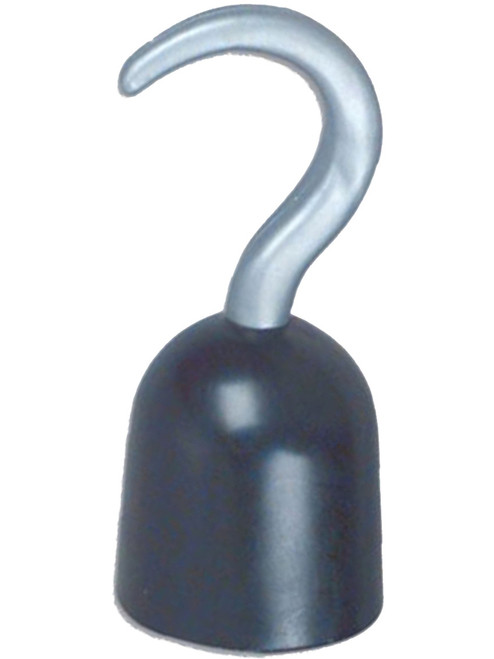 Captain James Hook is the antagonist of J. M. Barrie's play Peter Pan (The Boy Who Wouldn't Grow Up). The character is a villainous pirate captain of the Jolly Roger galleon, and lord of the pirate village/harbor in Neverland where he is widely feared. It is said that Hook was Blackbeard's boatswain, and that he was the only man Long John Silver ever feared. Hook wears an iron hook in place of his hand, which was cut off by Peter Pan and eaten by a crocodile.
!