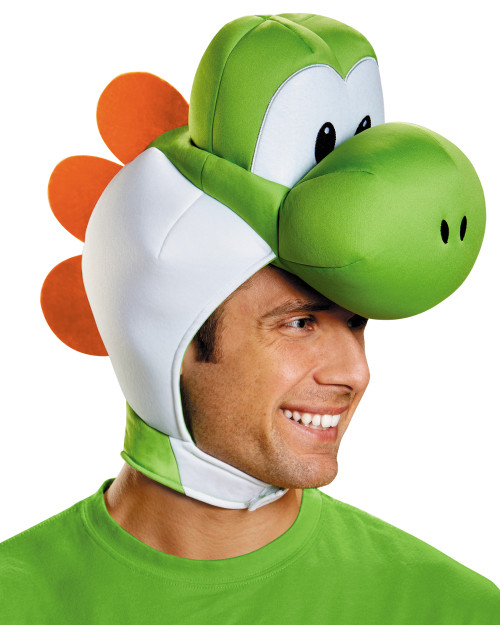 These Yoshi Headpieces look fantastic! Yoshi is a character made famous by many of the Nintendo games, including Super Mario, Mario Kart, Mario Party, Super Smash Bros. and many others. He's the lovable lizard that's always hopping around. These Headpieces are Green, white and Orange and feature the top of Yoshi's head wrapping around like a hat. These look great on their own but would look even better along with many of our other costumes and accessories.