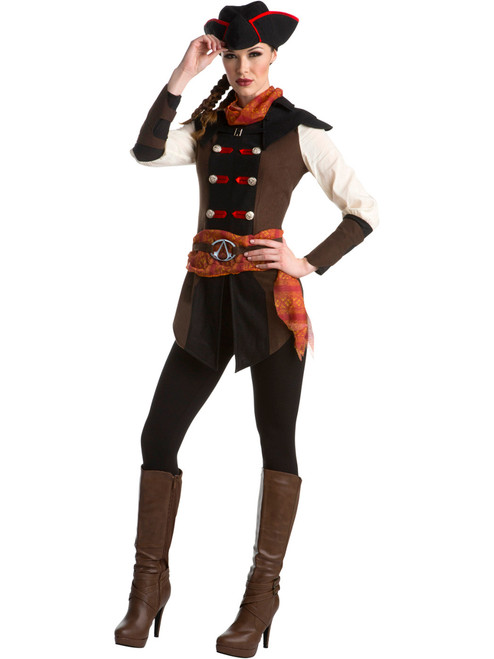 Nothing is true, everything is permitted. One of the most intense storylines from the Assassin's Creed games comes when Aveline learns of the contrasts present within the society that she lives in (New Orleans). Aveline worked hard as an assassin and eventually wiped out the Templar's hold throughout all of New Orleans. Now you can become the famed Aveline as seen in Assassin's Creed IV: Black Flag's DLC! This costume includes a tunic with attached belts and sculpted buckle hat. This is great on its own, but would be even better with the other costumes and accessories available in our store.