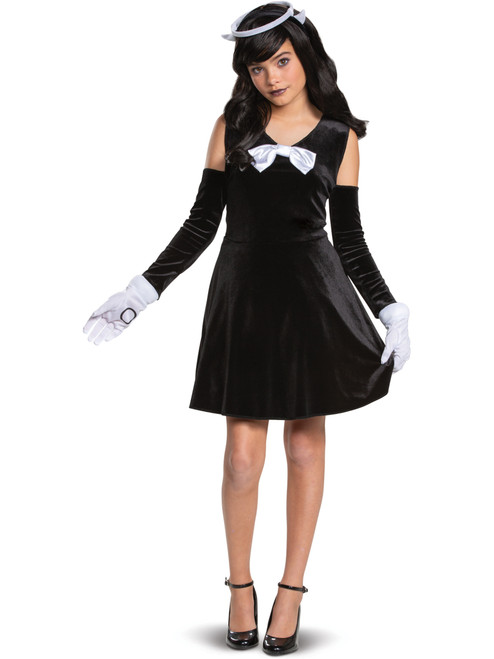 When Henry Stein returns to his old animation studio after receiving an invitation from his old employer, Joey Drew, he discovers a nightmare of cartoon characters that have seemingly come to life and are made of ink! The Bendy that was the first character to be created by the ink machine "had no soul" acoording to Joey Drew and was rejected as an abomination. No you can look like the cartoon version of Alice Angel with this officially licensed costume! Includes dress, headpiece, and glovelettes. This is great on its own, but could be even better with the other costumes and accessories available in our store!