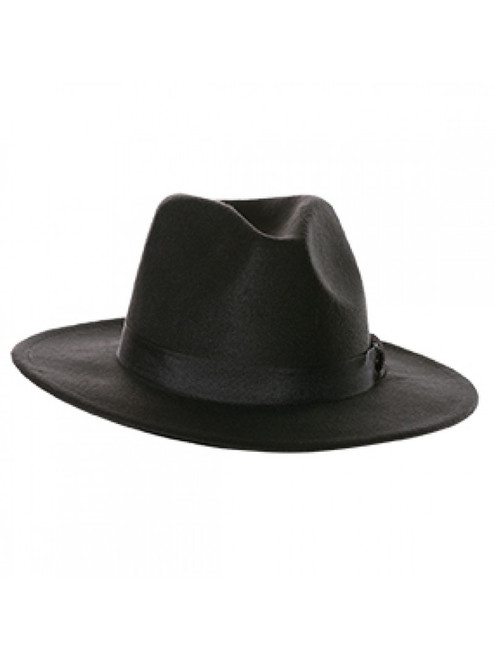 A fedora is a soft felt hat that is creased lengthwise down the crown and pinched in the front on both sides, and is sometimes associated with prohibition-era gangsters and the detectives who sought to bring them to justice. In Hollywood movies of the 1940s, characters often wore a fedora, particularly when playing private detectives, gangsters, or other "tough guy" roles, a related example being Humphrey Bogart's character in Casablanca. This is a great hat on it’s own, but could be even better with the other costumes and accessories available in our store!