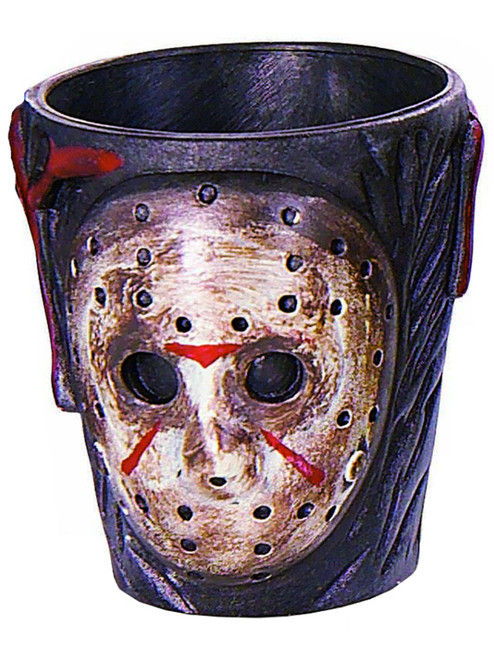 Jason Voorhees is from the Friday the 13th series of slasher films. A vicious mass murderer, he has a presence in all the films, even when he is not the killer, and is arguably among the most recognizable villains from any slasher film. Throughout the series, Jason has never spoken aside from occasional mumbles and groans, and a few words in the ninth film of the series when he possessed another man's body. This shot glass is made from hard plastic. This is great on its own, but could be even better with the other costumes and accessories available in our store!
!