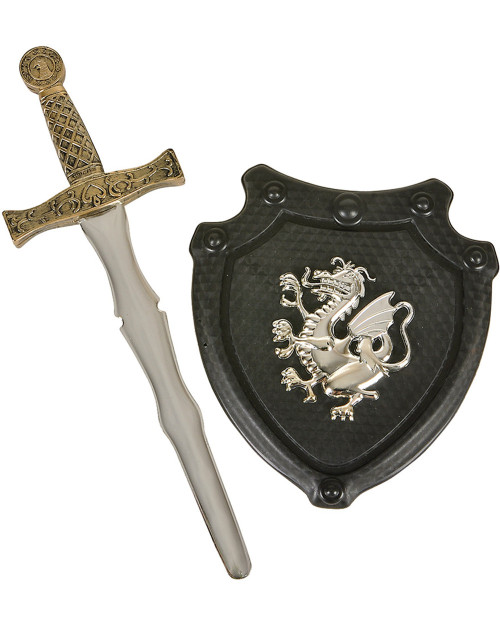 These child's knight sword and shield sets are awesome! The Renaissance refers to the period of European history from 1350 to 1600. It is derived from the French word for rebirth. The Renaissance began in Italy, where the powerful middle class, which included bankers and merchants, controlled politics and the economy. They were a wealthy middle class, and could afford to support the arts. It was a time of great cultural and intellectual movement. This set includes a shield and a sword measuring approximately 17 inches long. This is great on its own, but could be even better with the other costumes and accessories available in our store!