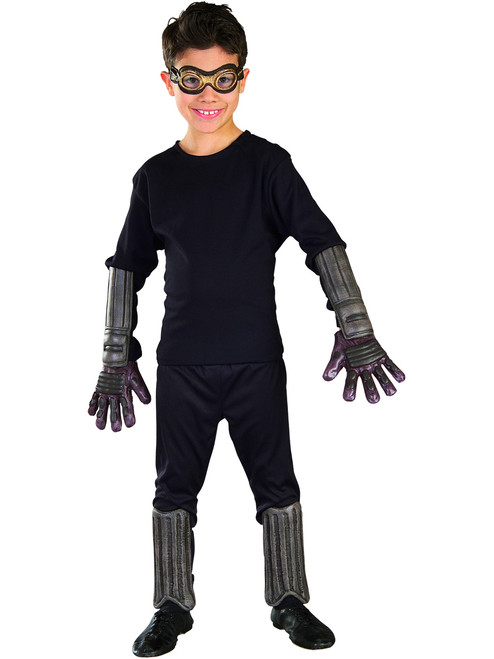 Harry Potter is a popular series of fantasy novels (and movies) by British writer J. K. Rowling. The depict a world of witches and wizards, the protagonist being the eponymous young wizard Harry Potter. Set in Hogwarts School Of Witchcraft and Wizardary, a British boarding school for wizards, Harry befriends Ron Weasley and Hermione Granger and embarks on a series adventures. Harry becomes a spectacular Seeker on the Gryffindor quidditch team and now you can too! This accessory kit includesgoggles, gloves, arm guards, and leg guards. This kit is great on its own, but could be even better with the other costumes and accessories availabel in our store!