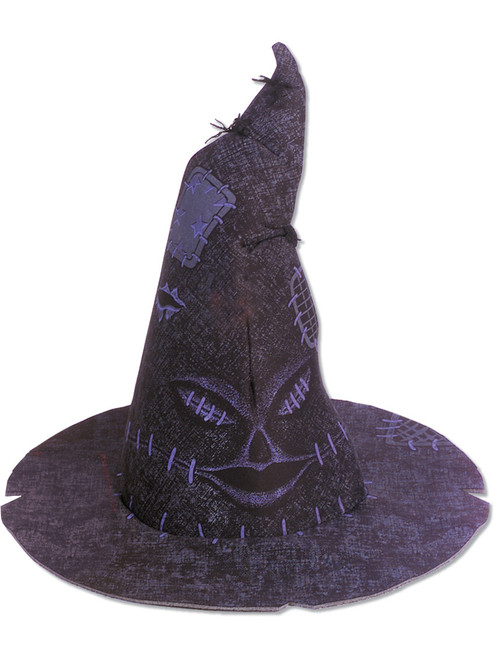 Harry Potter is a popular series of fantasy novels (and movies) by British writer J. K. Rowling. The depict a world of witches and wizards, the protagonist being the eponymous young wizard Harry Potter. Set in Hogwarts School Of Witchcraft and Wizardary, a British boarding school for wizards, Harry befriends Ron Weasley and Hermione Granger and embarks on a series of sherlock holmes like adventures. Hat size is 22" in circumference, and stands about 14" tall.
!