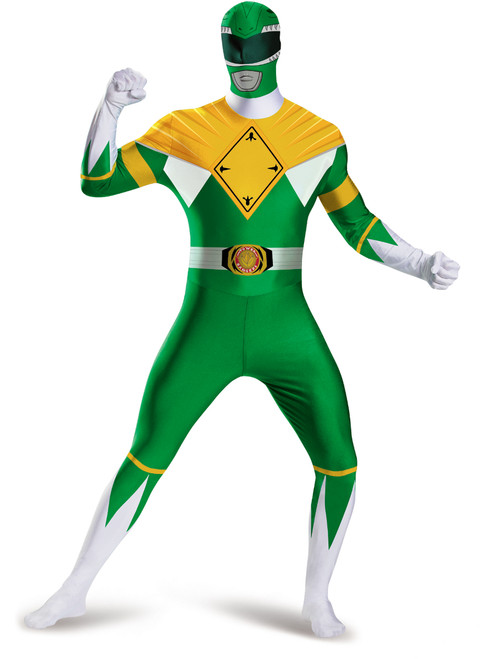 Go! Go! Power Rangers! High fly kicking and cart wheeling on TV as early as 1993, The Mighty Morphin Power Rangers were some serious teenagers with attitude. Called on to save the Earth from the evil forces like Rita Repusla and Goldar. This costume will instantly tranform you into the famous Green Ranger, who originally was spellbound by Rita Repulsa, but then turned against her and joined the Power Rangers as the White Ranger! Costume includes a skin tight full body jumpsuit. This is great on its own, but could be even better with the other costumes and accessories available in our store!