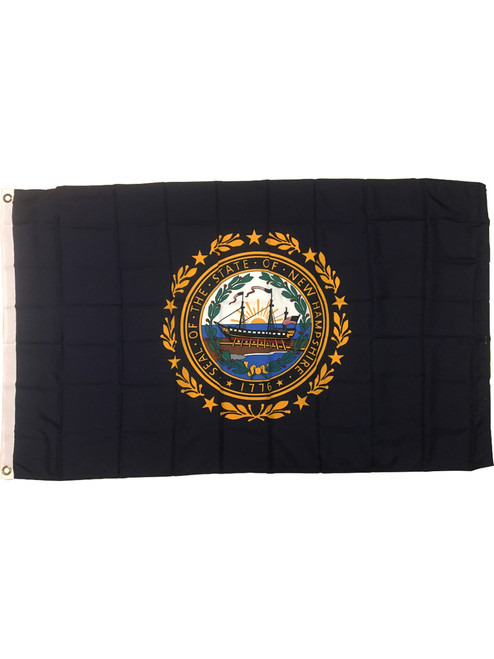 The State Flag of New Hampshire consists of the State Seal centered on a blue background. It was adopted in 1909, and changed once in 1931, when the state seal was modified. Prior to 1909, the state was represented by various regimental flags. The seal depicts the frigate USS Raleigh and is surrounded by a laurel wreath with nine stars. The Raleigh is one of the first 13 warships sponsored by the Continental Congress for a new American navy, built in 1776, at Portsmouth.