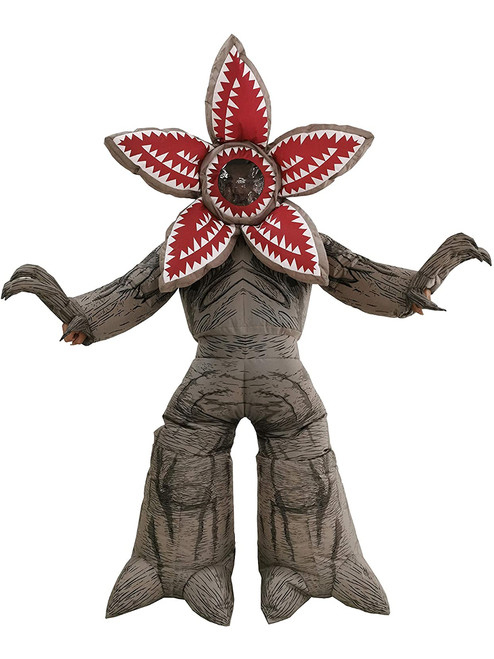 When Joyce's world is turned upside down, her son, Will, begins having strange episodes and no one knew what would happen next. As his episodes became worse, so did the state of their town. Demogorgons emerged from the inter-dimensional gateway to begin the takeover of their world. Now you can look just like a Demogorgon from Stranger Things! Costume features inflatable jumpsuit with battery operated fan. This is great on its own, but could be even better with the other costumes and accessories available in our store!