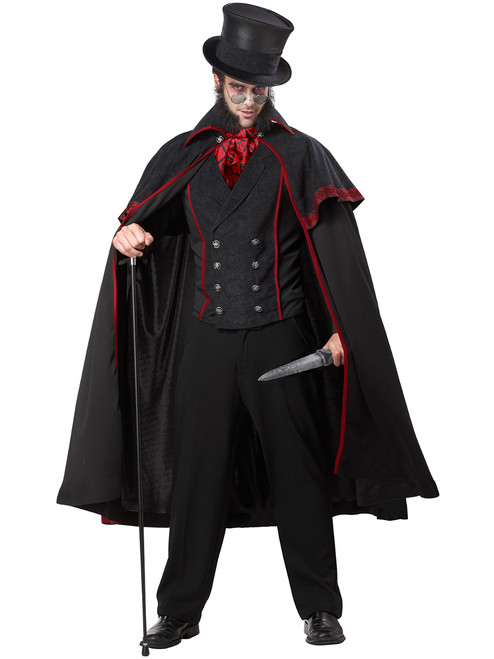 A murderer that has never been found and has almost a dozen bodies as his kill count? This sounds like Jack The Ripper. In 1888, a string of murders happened in London that were gruesome and spread mass panic. Due in part by a signature surgical removal of organs in the victims, the murderer was believed to be linked to the doctoral profession, but the murderer was never found. This costume will turn you into the deadly killer, Jack the Ripper! Costume includes vest, cloak, 3 piece hat, and jabot. Other accessories are not included. This is great on its own, but could be even better with the other costumes and accessories available in our store!