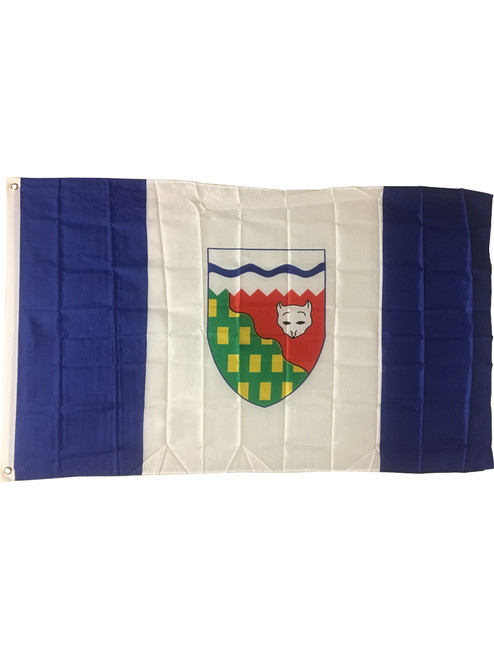 The original flag of the Hudson's Bay Company served as the territorial flag from the moment Rupert's Land and the North-Western Territory was purchased by Canada in 1869. It was replaced in 1950 when the color was changed to blue and a coat of arms featuring a polar bear and wheat stocks was added. In 1959 the wheat was removed form the coat of arms as agricultural land had been ceded, and it was placed in a white circle. Finally in 1969 the coat of arms was enlargened and placed on a Canadian Pale (a white stripe taking up 1/2 the flag's width).