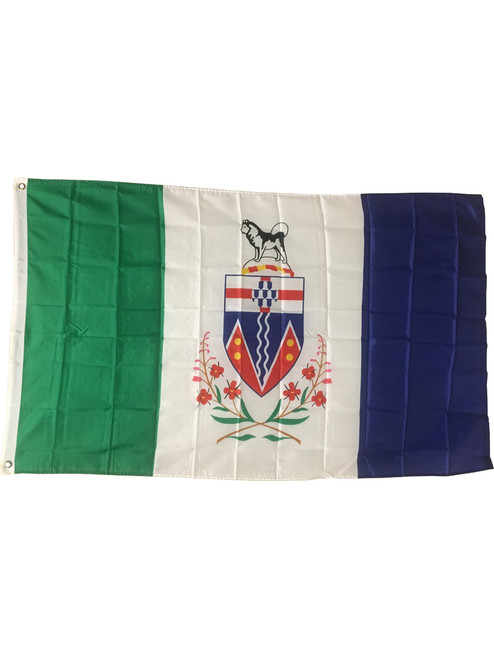 The flag of Yukon, Canada, is a green, white, and blue tricolour with the Coat of Arms of Yukon at the center above a wreath of fireweed, the territorial flower. An official flag for Yukon was created during the 1960s, a decade where the National Flag of Canada was chosen as well as several other provincial flags were created. The Flag of Yukon was officially selected from a territory-wide design competition in 1967, with the winning design adopted on March 1, 1968.