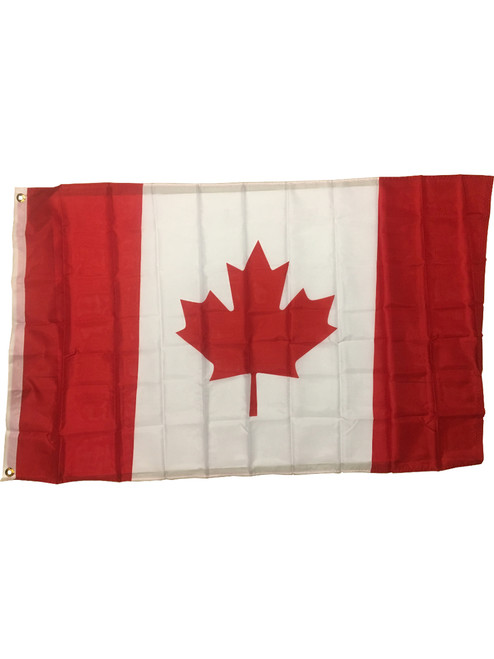 The National Flag of Canada, popularly known as the Maple Leaf and l'Unifolié (French for "the one-leaved"), is characterized by a stylized 11-pointed red maple leaf. Before this flag, Canada used variants of the British Red Ensign with the shield of Canada charged in the fly. In 1964 a committee was picked by Prime Minister Lester B. Pearson and of 3 choices the maple leaf design by George F.G. Stanley was chosen as the winner. The current flag was adopted in 1964 and made its first appearance on February 15, 1965, which is now celebrated annually as Flag Day.
Your choice of standard sizes!