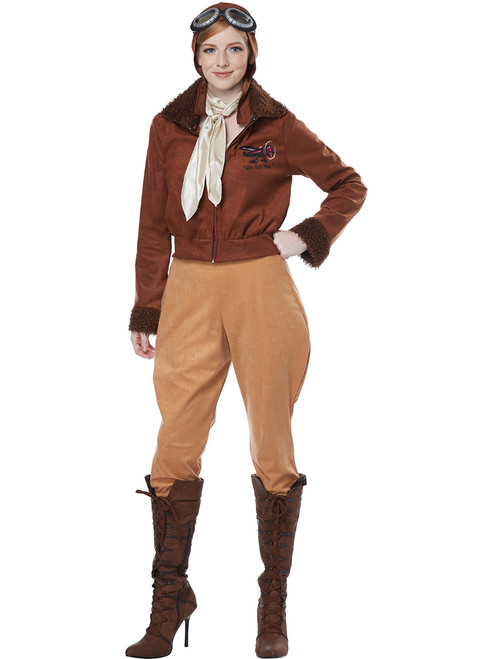 Who better to become than one of the bravest women to have ever lived? Amelia Earhart was an American Aviator and the very first woman to ever fly solo across the Atlantic Ocean which, at the time, was a major feat to champion. While attempting a flight across the Pacific, she mysteriously disappeared. This costume will transform you into the American legend Amelia Earhart herself! Costume includes bomber jacket, pants, neck scarf, hat, and goggles. This is great on its own, but could be even better with the other costumes and accessories available in our store!